Last week the world woke up with a heavy heart after learning of the departure of world-renowned fashion designer Virgil Abloh. On Sunday, November 28th, Abloh passed away at the age of 41 after privately battling for two years with cardiac angiosarcoma, a rare form of cancer. The memory of creative director Virgil Abloh and his journey indelibly ingrained his name within the pinnacle of fashion history. Virgil possessed an intricate background in architecture which illuminated the structure at its core behind his designs. The idea to merge culture, music, social media, and streetwear into his work highlights a few of the foundational elements that made Virgil a genre-bending creative designer.

Born September 30th, 1980 in his hometown of Rockford, Illinois, Virgil spent his childhood growing up on the outskirts of Chicago to Ghanaian immigrants Eunice and Nee Abloh. There he crossed paths with world-famous rapper Kanye West and the two became close friends. Later on, Virgil furthered his education by obtaining his bachelor’s degree in Civil Engineering from the University of Wisconsin-Madison in 2002. Four years later Abloh earned his Masters in Architecture at the Illinois Institute of Technology.

Although unconfirmed verbatim by Abloh, on his graduation day he was rumored to have skipped his final critique to take a meeting with John Monopoly, West’s manager at the time. West and Abloh began officially collaborating soon after. In 2009, the duo became interns at Fendi, based in Rome. Louis Vuitton’s CEO Michael Burke shared with The New York Times, “I was really impressed with how [Abloh and West] brought a whole new vibe to the studio and were disruptive in the best way. Virgil could create a metaphor and a new vocabulary to describe something as old-school as Fendi. I have been following his career ever since.”

Subsequent to his transition into international fashion by interning in the presence of a legendary fashion house, Virgil, Kanye, and their entourage of various celebrity friends made a statement in 2009 at Paris Fashion Week. The crew garnered second glances and curious murmurs in each show along the way. Abloh told W Magazine, “We were a generation that was interested in fashion and weren’t supposed to be there. We saw this as our chance to participate and make current culture. In a lot of ways, it felt like we were bringing more excitement than the industry was.”

Tommy Ton, photographer for style.com, captured the (mainly Chicago native) crew outside of the Comme des Garçons Homme show. Unbeknownst to them, a seemingly nonchalant snapshot became a symbolic and culturally impactful image acting as, what Ton described to Complex Magazine, a “testament that sticking to your guns and fighting for what you believe in will lead to greatness.”

Abloh’s career continued to thrive after being appointed Creative Director at Donda. Kanye (Ye) introduced Donda to the world through Twitter in 2012 as his new creative company named after his late mother. Ye alluded that his new company will “pick up where Steve Jobs left off.” In a sequence of tweets he further explained the mission of the agency, describing it as “a design company which will galvanize amazing thinkers in a creative space to bounce their dreams and ideas” with the “goal to make products and experiences that people want and can afford.”

At first, many people didn’t understand the margin of business the agency would fall under, because it was shrouded in an air of secrecy soon after its announcement. The answer soon became clear. The margin of the agency included: everything pertaining to art. The agency works with artists on album covers, music videos, print media, films, stage design, and marketing projects. As its creative director, Virgil helped oversee each of these segments.

This experience created the perfect segue into launching his first brand Pyrex Vision. Pyrex was his first indication of incorporating social media into his designs. Originally, P.V. started as a Tumblr blog, later evolving into the high fashion collection we know today. When asked about his inspiration behind expanding the blog into a clothing line Abloh told Complex Magazine, “It is a representation of the importance of youth culture. The now. It’s basically my manifesto on my upbringing. Putting my idea in a unique way so that kids can participate. I just wanna start a brand that inspires and is geared towards youth. The internet generation, these kids that you see here today. It is all for them.”

Following Pyrex Vision, Virgil went on to collaborate with the likes of Matthew Williams and Heron Preston to found and create “BEEN TRILL” a luxury men’s streetwear brand which gained tremendous traction through its Tumblr following. As well as partnering with “New Guards Group,” an Italian contemporary fashion production company, Abloh became a streetwear sensation and most famously known for the production of his brand: Off-White.

Off-White (a Milan-based fashion house) is an Italian luxury fashion label offering men’s and women’s clothing, bags, shoes, and diverse accessories. Virgil constructed this particular design aesthetic based on irony within quotation marks and his signature typography. His label aims to revolutionize not just streetwear but fashion by superseding the traditional look or style that “purists” (as Abloh would have liked to call them) failed to include in their fashion universe. Abloh affirmed, “A 17-year-old can be more advanced and often is more advanced than a 45-year-old, so my design theory and the culture that surrounds Off-White is nontraditional.”

The designer went on to participate in a number of successful collaborations with well-established design companies. His work ethic eventually led to his career reaching an eminent peak: being named Artistic Director of Louis Vuitton Menswear, thereby making Abloh the first African-American designer to lead the brand’s menswear line and just the third African-American man to lead a French luxury fashion house in history.

Miami hosted Abloh’s final SS 2022 collection with Louis Vuitton. Presented November 30th 2021, the collection titled “Virgil Was Here” celebrated his rule-breaking take on fashion and his legacy as a whole. Before the models began their descent into a melancholy runway, Louis Vuitton CEO Michael Burke, made a stirring speech setting the tone and describing their vision for the show. “This idea of coming of age was important to Virgil because inspiring and empowering younger generations defined who he was. He used the platform he had to break boundaries, to open doors, to shed light on his creative passions — art, design, music, and of course, fashion — so that everybody could see inside — not only to dream of being part of that world but to also find ways to make that dream a reality.” 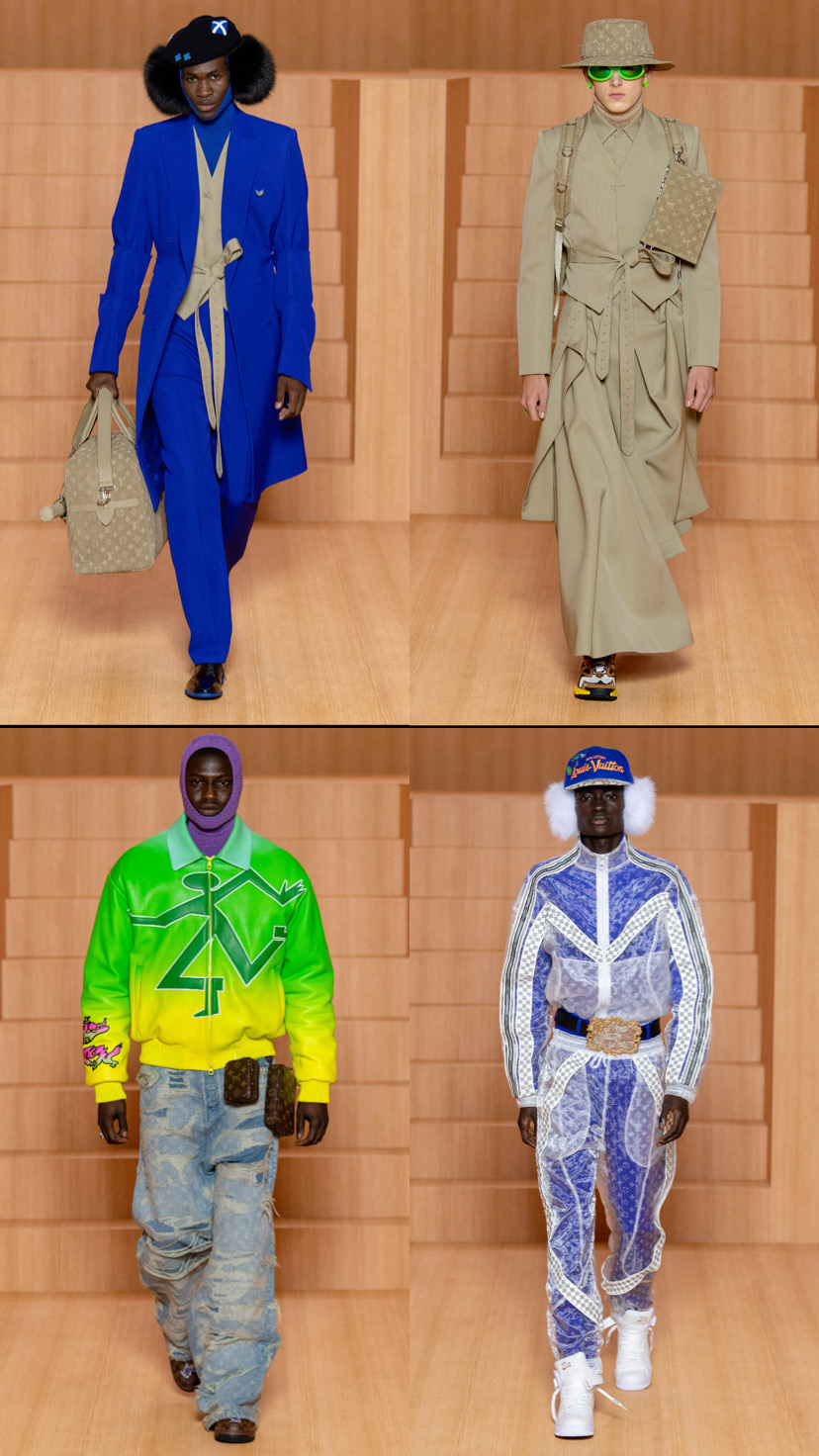 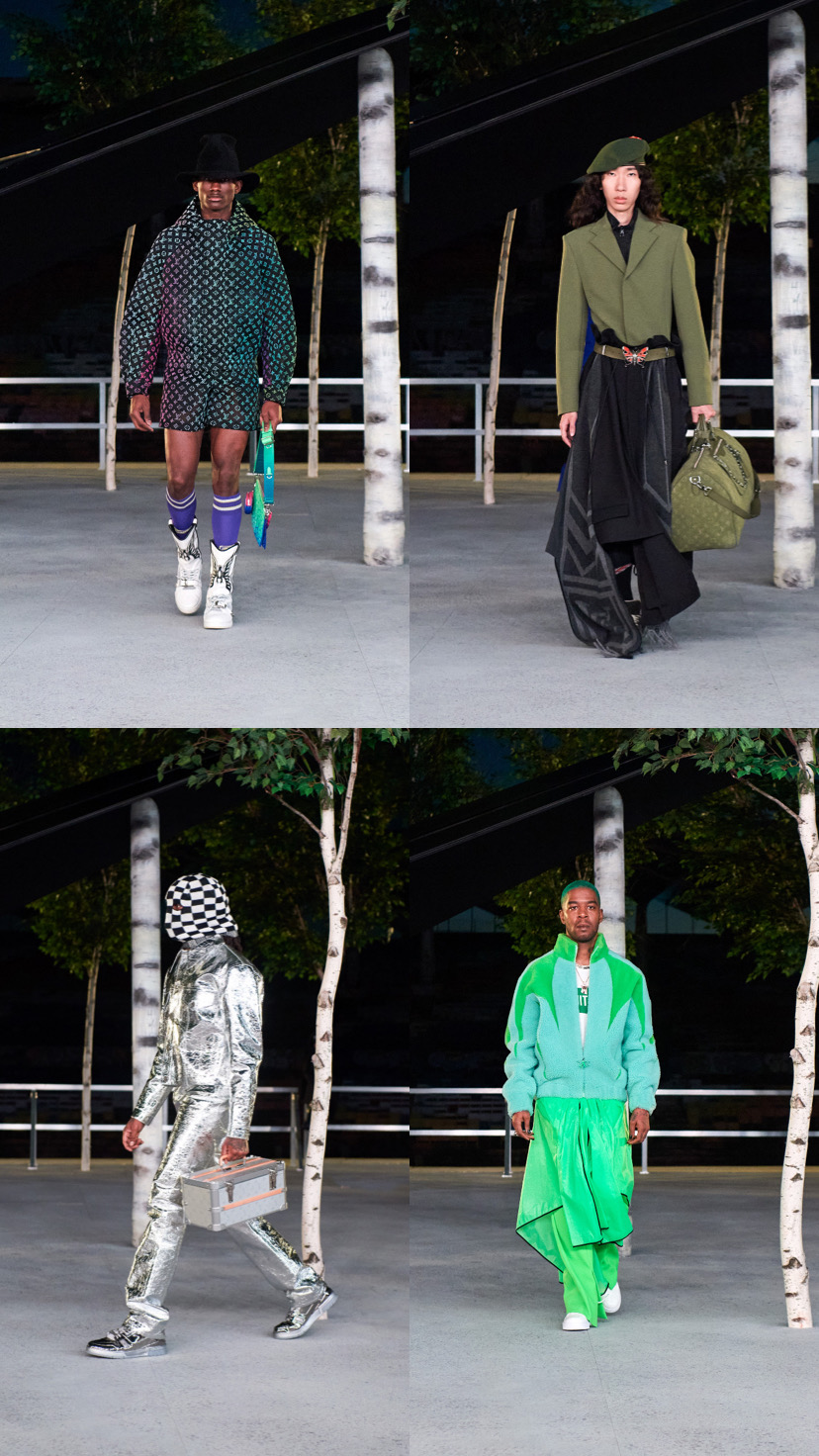 In a somber atmosphere, Virgil’s collection recapitulated a narrative underlining the deconstruction of menswear norms, invariably challenging the way we viewed clothing up until the very end. Abloh sat down with Vestoj Magazine, in an interview published prior to his passing and had this to say: “It’s about being a black voice that matters beyond the fringes. I want to be able to look back at my life and career and know that I left some inanimate objects behind, yes, but also a logic that changed the mainstream.” After bearing witness to the extent of Abloh’s historical career as well as his final quintessentially titled collection, ‘Virgil Was Here,’  he may have just accomplished his goal.

The Enthralling SS23 Collection of Ottolinger

Is living sustainably a luxury?: The elitism of “going green”

In recent years, the word “sustainable” has been widely used in everyday life. From recycling trash cans to solar panels,...

With the Fourth of July holiday coming up, many will prepare their grills to prepare some of the most popular...

Performative activism and its role in fashion

Yet another designer has been accused of sexual harassment and assault in what appears to be typical in the fashion...

By Melody Rivera With the largest Puerto Rican Day parade in America returning on Sunday, June 12, in New York...

Giorgio Armani held a silent show in honor of Ukraine

No Result
View All Result